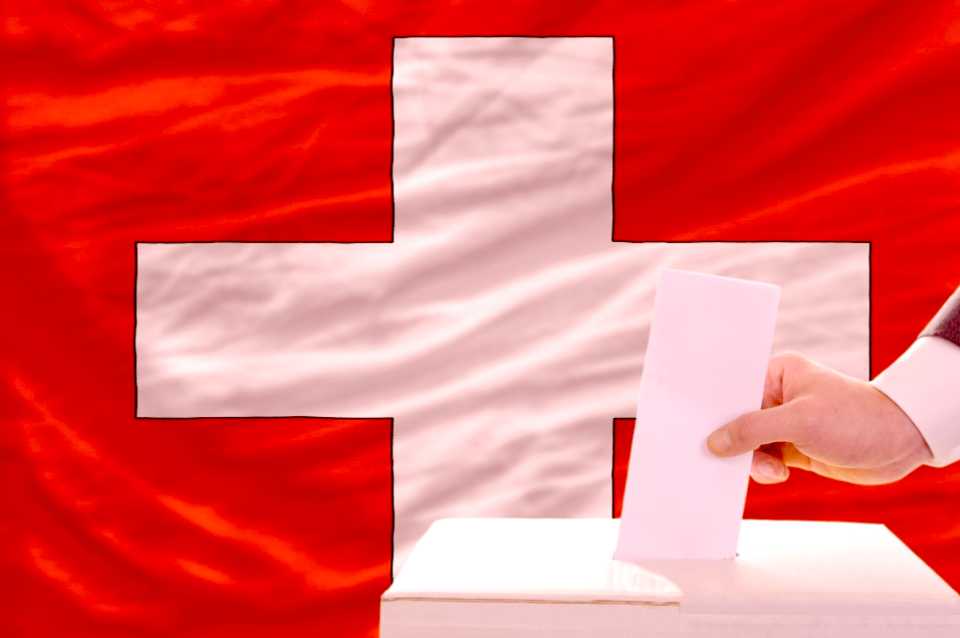 What is Switzerland famous about? Chocolate, watches, low taxes, cows, chalets, banking, Federer, and the list goes on. But this list is somewhat superficial, please allow me to say. Switzerland is proud to be one of the most democratic countries in the world. What makes them more democratic than others? The referendums ran here every now and then, where they ask the opinion of the citizens. Citizens that have a very uniquely responsible way of thinking about their country. Citizens that at times have become very unpopular in the office, because of the outcome of certain referendums. I will never forget the hostility that Guillaume faced in the office on a Monday morning a couple of years ago. Not only he faced hostile eyes where he went, but it took almost a week for some people to talk to him. The reason? The Swiss had voted against 6 weeks of vacation. â€œThey ruined it for everybodyâ€ said a few less sensitive and proactive about the future of the country. But what else have they voted about in the last couple of decades? Here is the list of the most interesting ones:

In September 2014 over 62% voted against the creation of a unified health insurance fund.

In February 2014:
– 70% rejected dropping the coverage of abortion from the public health insurance.
– 50.3 of the voters voted for â€œthe re-introduction of strict quotas for various immigration categories, and imposing limits on the ability of foreigners to bring in their family members to live in Switzerland, to access Swiss social security benefits, and to request asylum. As wikipedia indicates, due to the passing of the initiative to limit immigration, Switzerland has effectively rejected granting Croatia free movement of persons. As retaliation, the EU has excluded Switzerland from the programs Erasmus and Horizon 2020, the largest educational and research European program ever.
– 62% voted for the financing and development of the railway infrastructure. Â Â What’s wrong with it? Â Have they seen the american one???Â

In September 2013, 73% voted against the abolition of compulsory military service and 57% voted for the extension of petrol shop opening hours.Â Thank God! For the latter…

In March 2013:
– 68.9% voted for controlling executive pay of companies listed on the stock market, and to increase shareholders’ say in corporate governance.
– 54.4 approved the amendment to the Swiss Constitution requiring the federal government to work with cantonal governments to promote workâ€“life balance and improve the provision of day care, as well as ensuring the needs of families are considered in government policies. Â Work-life balance is my favorite utopia…Â

In June 2012,
– 75% rejected whether a referendum should be held on every international treaty signed by the federal government.
– rejected the smoking ban which would eliminate smoking rooms and smoking establishments. Â Some of my friends moved here from NYC for this reason. Â LOL.Â

In March 2012, the Swiss voted:
– against the “six weeks of vacation for everyone” by 56%. Â Guess what I would vote…Â – for “an end to the limitless construction of second homes” by 50.3%. Â There goes the chalet I was planning to build from scratch at Zermatt. Â What will I do now with all this cash? Â Jimmy Choo sale sample sale in Soho you said next week?Â – for state earnings from gambling have to be used for the public interest by 87%.
– for a fixed book price by 56%. Â Does this include itunes??? Â Plus the citizens of Zurich approved the set up “sex boxes” for prostitution with special parking spaces. Â Prostitutes have their own parking spaces but the rest have to pay 3CHF per hour? Â I guess they need it more, a workplace perk…

In February 2012, 56.3 voted against a proposal that included that guns can no longer be kept at home, but must be stored at the arsenal (Zeughaus) instead, that possession of a gun should be linked to a screening of the ability and necessity of the gunholder, and that all guns should be registered. Â Â I have a hard time using the blender at home, let alone mastering a gun…

In September 2009, a ban on the construction of new minarets (without retroactive effect on four existing Swiss minarets), passed with 57% in favour.

In June 2005, the Swiss voted by 58% for same-sex couples to be able to register their partnerships at civil register offices.

In May 2003, 62.4% rejected the proposal of one Sunday per season, private cars to be banned from all public places, including roads and national highways, from 4 a.m. to midnight. Â I guess this did not include our commercial street here, since every Sunday it is more deserted than Miley Cyrus brain.

What is coming up in November, the Swiss will vote about a proposal, which requires the Swiss National Bank to have gold reserves of at least 20% of the value of the currency in circulation, prohibits the bank from selling gold, and sees all Swiss gold currently held in the Federal Reserve Bank of New York returned to Switzerland. Â I am finally reuniting with all this gold I left back in NYC…
.