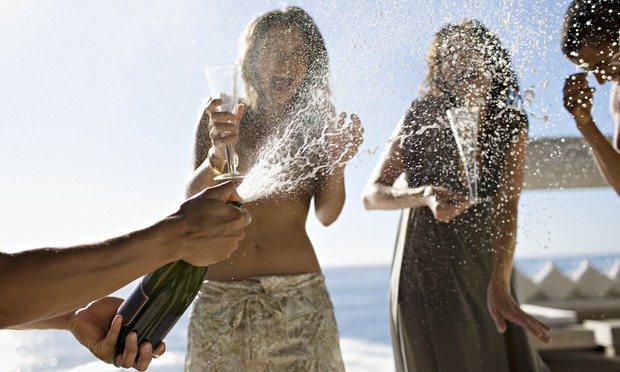 Recently I attended a gala for a charity. It was in one of those mansions that some of us take photos in front of the gate, in their luxurious living rooms with 3 salons, even in their extravagant bathrooms, mainly wishing to take a glimpse of the walk-in closets, often bigger than our apartments. Alice has some very posh friends, being herself from a well-known Genevois family. I was her +1 for the evening. “See it as an inspiration for your blog. Some Champaign wishes and Caviar dreams will upscale your writing style and content”, she said. “Whatever. I am coming.”, I said.

With a Champaign glass in hand and faking an aloof attitude to fit in this micro-universe (also trying to ignore the tempting hors-d’oeuvres that Rocco’s brothers were serving), I spend most of the night observing this other whole planet within our small city. I was populating my mental notebook in between answers of “I work in an advertising firm” and returns from the socialites such as “oh, how cute”. And while starring, totally dazzled, at a Van Cleef et Arpels emerald and diamond necklace, it hit me: How come there was never a Real Housewives of Geneva show? You know the kind of show that follows uber-rich housewives… Ignoring the effect that coloring my hair might have to my brain cells, when I got home, I decided to get to the bottom of this. So here the Top 10 reasons I came up with:

Number 10
It would be almost impossible to decide which 5 to have in the show. Yes, it has to be just 5 (already each of them is too much). But in this city there are too many who fit the crietria. The casting would be exhausting. Which one to choose? One seems more extreme than the other.

Number 9
It would be almost impossible to find any professionals to be part of the casting jury. They would get fired just seconds after rejecting any of them, given their societal power.

Number 8
It would be hard to follow the show. Since there is a handful of notable plastic surgeons in the city, most of the ladies look the same. You would think that it is just one lady all the time with a Split Personality Disorder. It would not be the hair or the fashion, nor the lips or the cheeks, nor the eyes or the nose that would distinguish them.

Number 7
It would be hard to find an incentive for these ladies to make them participate in the show. They have money and fame already. They have plenty of drama in their lives already. The plots they orchestrate to spice up their lives puts Byzantine and any modern sitcom to shame.

Number 6
It would be a challenge to find time for this in their busy schedule. Yes, they are too busy. Between beauty sessions (at establishments that they only know), coffees, lunches and dinners of 3 hours each, fittings at Rue du Rhone temples or most often at home, between long phone calls to find out what happened and was said while they are were at last night’s dinner, but at a different table, plus the occasional life-energizing gossiping, between setting the agenda for the in-home numerous staff and deciding between St Moritz, Providenciales and St Barts for the weekend, there is not much time left for anything else. Oh come on, give them some credit, this is a lot to fit in one single day. Every day.

Number 5
It would be exhausting for the crew and extremely expensive for the production to follow them around. Plus not sure the crew would be allowed on the private jets or private yachts. There is a reason they are called private. These ladies have manners and values. They feel it is their duty to attend the Prince’s party in Abu Dhabi. Aren’t they nice?

Number 4
It would be too dangerous to reveal even the most innocent of their secrets. We are not talking about who’s sleeping with whom or which staff member they are fornicating with. Oh, please. Get your mind out of the gutter. We are talking about secrets that make Julian Assange and his wikileaks look like a high school newspaper editor. Secrets that can take down governments, flip the DAX index overnight or any other stock market. You know the kind of “I can tell you, but then I have to kill you”. I have to admit that I did try to sense who have slept with my Rocco crash. No result. These people are good! And Rocco even better…

Number 3
It would be a mission impossible for the director and the cameramen. Getting them in front of a camera requires a strict protocol, longer than the one you receive when you are invited to dinner by the majesty herself (not Madonna, the Queen of England I mean). First of all, they do not do spontaneity. They just don’t. Apparently every social appearance is rehearsed a few hours before: how to smile, how to move, what to say. Close-ups are not allowed unless the editing and photography are done by Annie Leibowitz herself.

Number 2
Their names are too long to remember, to include in any credits or too difficult to pronounce. A series of marriages have gifted them an additional last name. Sometimes exotic, and thus difficult to pronounce, since the origin is from Russia, Latin America, Middle-east, Asia, or anywhere there are moguls to love, to devote their lives to. Remember, these ladies have values. They keep all of the last names, just adding them to their repertoire. They honor the past benefactors, they remind the current one of their past (and what their future can bring, ie another last name).  Moreover they show their experience in the field, their skills and their power (the late Jackie Bovier Kennedy Onassis set the example). See each last name as an award, a reward, a trophy, an achievement. The longer, the better…

Finally Number 1
We cannot have a show called The Real Housewives of Geneva simply because they are not… real. Now you interpret this as you want.

As for me, time to text Rocco, who elegantly slipped a silky feel napkin with his phone number, when I finally honored one of the multi-caviar canapes…