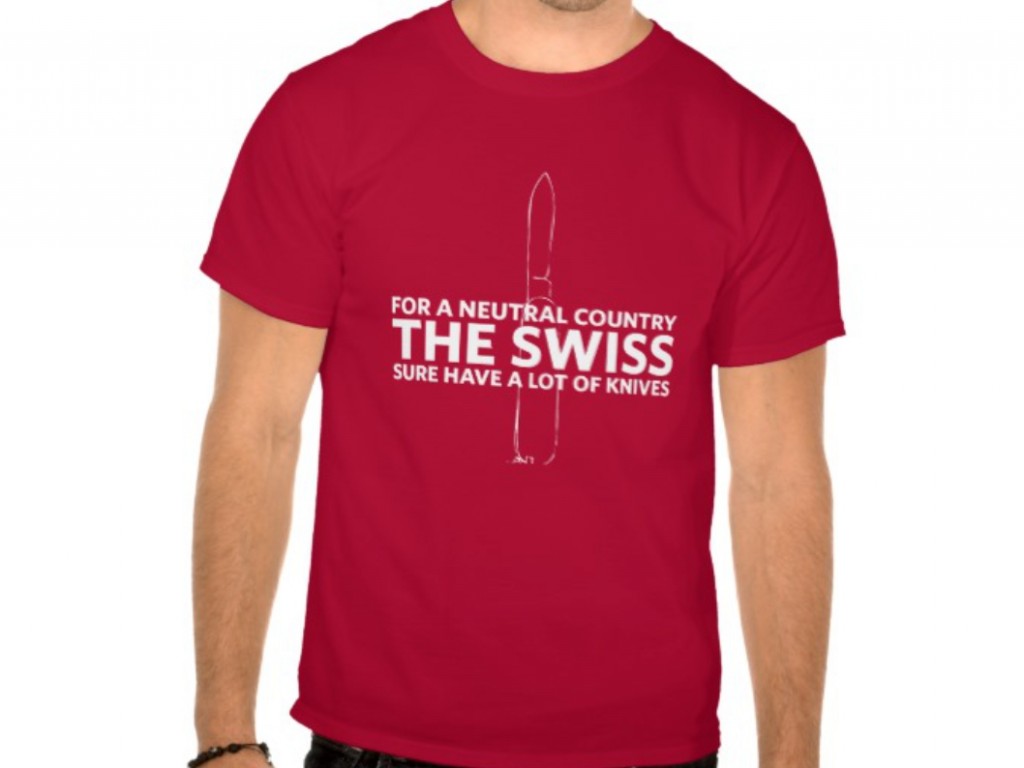 April 1st or Fool’s Day or Poisson d’Avril. A day all about jokes and pranks. How did it all start? Let me summarize a few findings from the modern bible:
– In Chaucer’s Canterbury Tale (1392), a vain cock is supposed to be tricked by a sly fox.
– In 1539, Flemish poet Eduard de Dene wrote of a nobleman who sent his servants on foolish errands on 1 April.
– In 1686, John Aubrey referred to the holiday as “Fooles holy day”.
– On 1 April 1698, several people were tricked into going to the Tower of London to “see the Lions washed”.

While I could not resist injecting some history about the day into this post, my main intent is to dedicate this day to humor and specifically to jokes. Actually I would like to dedicate from now on the 1st day of each month to jokes and specifically to jokes about us. About our nations. See it a monthly homage to how we are seen in a humorous way. I know we all love those and we do have the sense of humor to tolerate some creativity and sarcasm about our backgrounds. I have no choice, but to start from the nation that is hosting us, the Swiss. So this is what I have heard over the years and what I found in the mess of the cyber space. This is my Top 10.

Caveat: The below does not represent my views on the Swiss people, who I totally appreciate. Same applies for the posts about the Germans, French, Italians, Spanish, Greek, Romanian, Indian, etc that are coming up in the next months.

JOKES ABOUT THE SWISS
10. Name a war that the Swiss have been in. The war against the Euro.

9. A Swiss politician: “I started with nothing. All I had was my brains.”

8. A boy who was repeatedly beaten at home declared: “I’m going to try and find a job with the Swiss national rugby team; they never beat anyone!“

7. The Swiss football team was playing Germany. In the second half of the match the Germans confused a penalty whistle with the final whistle, and went home. Half an hour later the Swiss scored their first goal.

6. When God had finished creating Switzerland in outline, he said to the first Swiss: “I shall grant you three wishes. What would you like?” “Well, first of all, imposing mountains.” And the Lord created the most magnificent mountains. “What else? No need to be shy.” “Green, juicy meadows with cows that will produce a lot of excellent milk.” And God created green meadows with excellent dairy cattle. The Swiss milked one of the cows, and tasted the milk. “Is it good?” God asked. “Excellent! Taste it Yourself, Lord!” and he passed God a glass of milk. “You’re right, it is excellent,” God said. “And what would you like now?” “Five francs for the glass of milk,” the Swiss replied.

5. Did you hear about the Swiss Citizen who wore two jackets when she painted the house?Well the instructions on the can said: “Put on two coats.”

4. How do you make a Swiss Roll? Push him down the hill.

2. A Swiss guy, looking for directions, pulls up at a bus stop where two Americans are waiting. “Entschuldigung, koennen Sie Deutsch sprechen?” he asks.
The two Americans just stare at him.
“Excusez-moi, parlez vous Francais?” he tries.
The two continue to stare.
“Parlare Italiano?” No response. “Hablan ustedes Espanol?”
Still nothing. The Swiss guy drives off, extremely disgusted.
The first American turns to the second and says, “Y’know, maybe we should learn a foreign language.”
“Why?” says the other. “That guy knew four languages, and it didn’t do him any good.”

1. An American walks into a Swiss bank with a giant, heavy sack in each of his hands. He goes to the teller, brings his face close to the glass and whispers, “I have two million dollars with me. I urgently need to open a secret Swiss bank account!” The Swiss bank teller replies in a normal volume, “Sir, there’s no need to whisper. Poverty is nothing to be ashamed of in Switzerland.”

.
Finally to prove to you that the Swiss themselves have an excellent sense of humor, see what they posted on April 1st in 2009.  Have a great month!