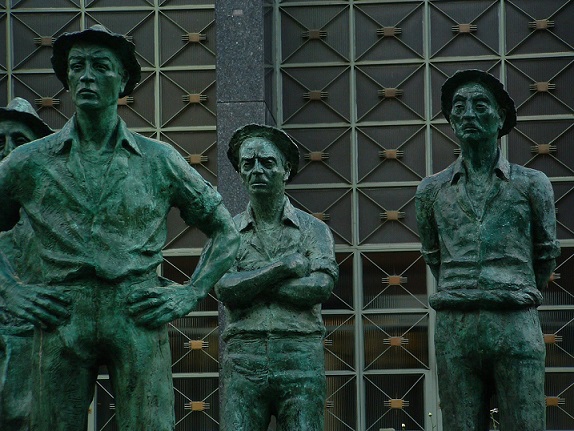 There aren’t any here.  In fact some of you might be upset today, because you have to work. Not because you do not like your job, but because you feel it is unfair that the rest of Switzerland is celebrating Labour Day, but the Canton de Genève is not. And you are right. The employees of 11 cantons, Zurich being one of them, will sleep in late today or spend the day doing their thing and not their bosses thing. Oh well. Actually the canton of Geneva, along with another 8 cantons, Zurich included, have the lowest number of public holidays. 9 in total. So Zurich is enjoying this one today, but they are as hard working as the rest of us. But if you are after some more official public holidays, then Lucerne and Solothurn might be the place for you. They have 15 each…


I tried to find out why we are not celebrating Labour Day here, but I failed. I admit it. To compensate you for this shortcoming of mine, I am explaining what Labour Day is all about. Not to make you feel worse, but to honor the movement overall. Even without enjoying its benefits, i.e. a free day away from work.  So according to the most popular encyclopedia in the world, “Beginning in the late 19th Century, as the trade union and labor movements grew, a variety of days were chosen by trade unionists as a day to celebrate labor… 1 May was chosen to be International Workers’ Day in order to commemorate the 4 May, 1886 Haymarket affair in Chicago. The police were trying to disperse a public assembly during a general strike for the eight-hour workday, when an unidentified person threw a bomb at the police. The police responded by firing on the workers, killing four demonstrators.”

The largest Labor Day celebrations in Switzerland are held in the city of Zürich. Each year, Zürich’s May 1 committee, together with the Swiss Federation of Trade Unions, organises a festival and May 1 rally. It is the largest rally held on a regular basis in Switzerland. The video below might make you feel better that we do not celebrate it here, if this way (meaning by not celebrating) we avoid such violent activities and hurting each other. It is a passionate position of mine to avoid any political discussions and statements on this blog, so all I am advocating is peace and harmony and honoring the true intent of any celebration.  And in this case it is the numerous hours of work (often way beyond 8 hours per day) we all put trying to make a living.