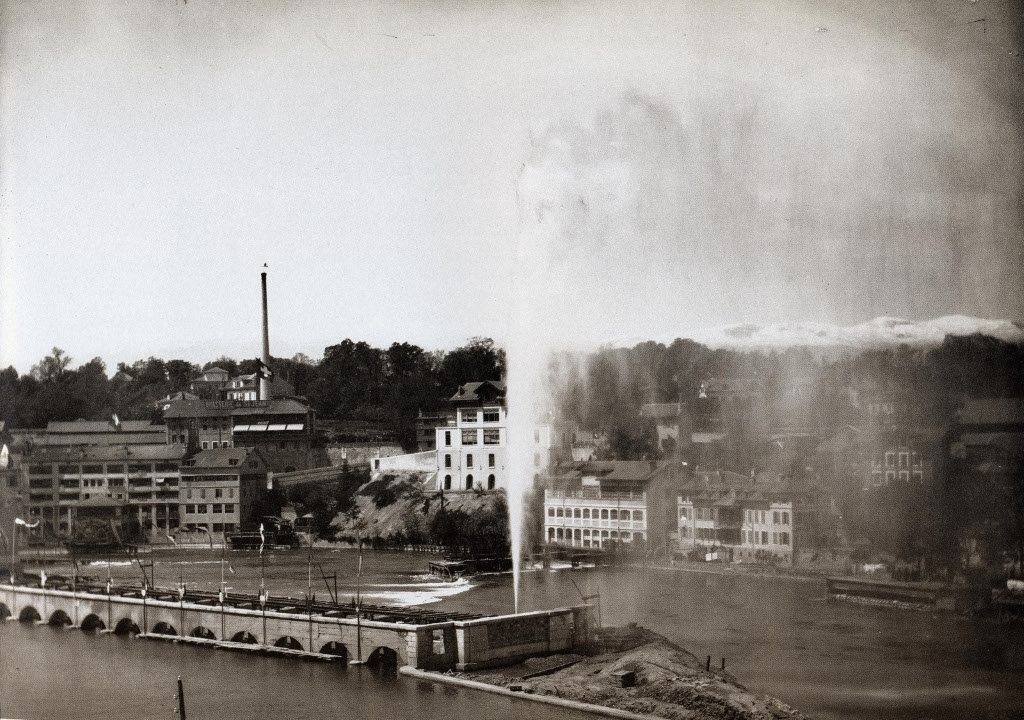 What’s its name?
Geneva water fountain or Le jet d’eau de Geneve. Even if you do not speak French, you have to learn to pronounce at least this! Let’s try again: jet d’eau.

How tall is it?
Let’s see if you know.  The correct answer is given once you vote.

Is it the tallest in the world?
Is it my task to disappoint you? I hate that. Anyway I am brave. So the truth is that it is not. At best it is the 5th tallest in the world. I say “at best”, because my research found it at various rankings, but always in the Top 10. Not bad, no? The tallest, without any doubt, is in Saudi Arabia, it is called the King fahad’s Fountain at 260M. Some others are in US, Pakistan, Korea, etc.

How much water is it pumping?
A lot. 500 liters per second and at any given moment around 7,000 liters are in the air. That means that every 1.5 hours it pumps an Olympic swimming pool (50x25x2) to the air. All for your own pleasure. And your lovely photos of course.

How likely is it to get wet?
Very likely. Don’t fool yourself. A little wind (not that unusual in Geneva) can prove this to you. Although I am sure that most of you have experienced this already. Hopefully during summertime…

When did it first open?
Let me shamelessly quote wikipedia here: The first Jet d’Eau was installed in 1886 at the Usine de la Coulouvrenière, a little further downstream from its present location.[5] It was used as a safety valve for a hydraulic power network and could reach a height of about 30 metres (98 feet). In 1891, its aesthetic value was recognised and it was moved to its present location to celebrate the Federal Gymnastics Festival and the 600th anniversary of the Swiss Confederation, on which occasion it was operated for the first time. Its maximum height was about 90 metres (295 feet). The present Jet d’Eau was installed in 1951 in a partially submerged pumping station to pump lake water instead of city water.” Now repeat 5 times. It will come handy when you want to impress your friends about how much you know about this city.

When is it on?
According to SIG which owns the water and therefore the fountain:

.
Beyond the above trivia, the jet d’eau has a colorful personality (pun intended). First of all it cares. About anything that is happening in the world. It is also sportive and artistic. And most of all, it is deep in our hearts as the symbol of our beloved Geneva, as a source of energy, escape and dream.

The jet d’eau in the sports

It was the official logo for Geneva’s hosting of the 2008 UEFA Championship.

The jet d’eau in paintings