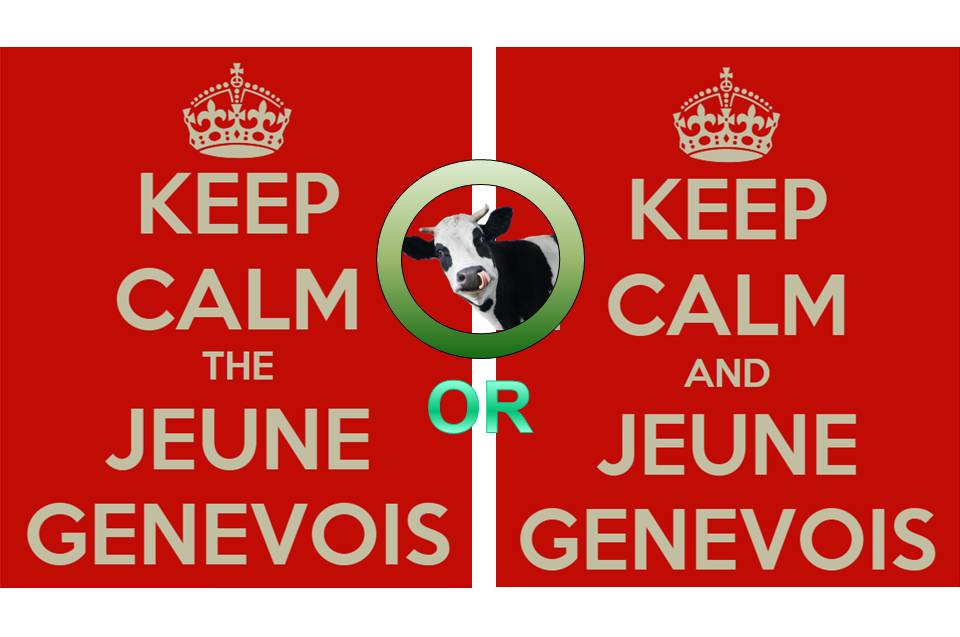 Jeune Genevois, the only public holiday in September in Geneva.  A public holiday that has gifted us lots of laughs over the years.  Why?  Because of the justifications that my expat friends gave to it judging from the name.  The best 3 are the following:
– it means young Geneva girl and she is like the Joanne of Arc for the Swiss.  Beautiful story LOL.
– it means young Genevan and it is dedicated to the youth of Geneva.  That’s why the schools are out that day, you see.
– it means youngman from Geneva and it is about a young boy who won a war with a trick against the French.  But I do not remember the rick right now.

Although I recognize that the above are all cute stories and indeed with a lot of creativity, but they are all wrong.  Actually they could not be any more wrong.  Jeune Genevois means Genevan fast, as in fasting (not eating).  It started in 1567 as a sign of friendship to the Protestants of Lyon and the repression they were going through.  But most people relate it to the Saint Bartholomew’s Day massacre when several thousand Huguenots (Protestant Reformed Church of France, also known as French Calvinists) were killed.  Jeune Genevois later became a patriotic holiday, symbolizing both Geneva’s proud identity and its Protestantism, as Wikipedia states.  It is celebrated the Thursday after the first Sunday of September.

You should be out today because it is beautiful and the city has lots organized for you to do.  For FREE.  Something for everybody.  See the list here.  But if you prefer to celebrate the way in a traditional way, then you have to make a Plum Pie!  It is the dessert for Jeune Genevois nowdays and the only meal for Geneva residents back in the 16th century.  From all the recipes, I like the one of Martha which seemed to be indeed dead easy (somehow I could not embed it in the post, but the link below works fine).  Plus it is a rustic pie, where imperfections are welcome, and personally I am all for imperfections.  Good luck!